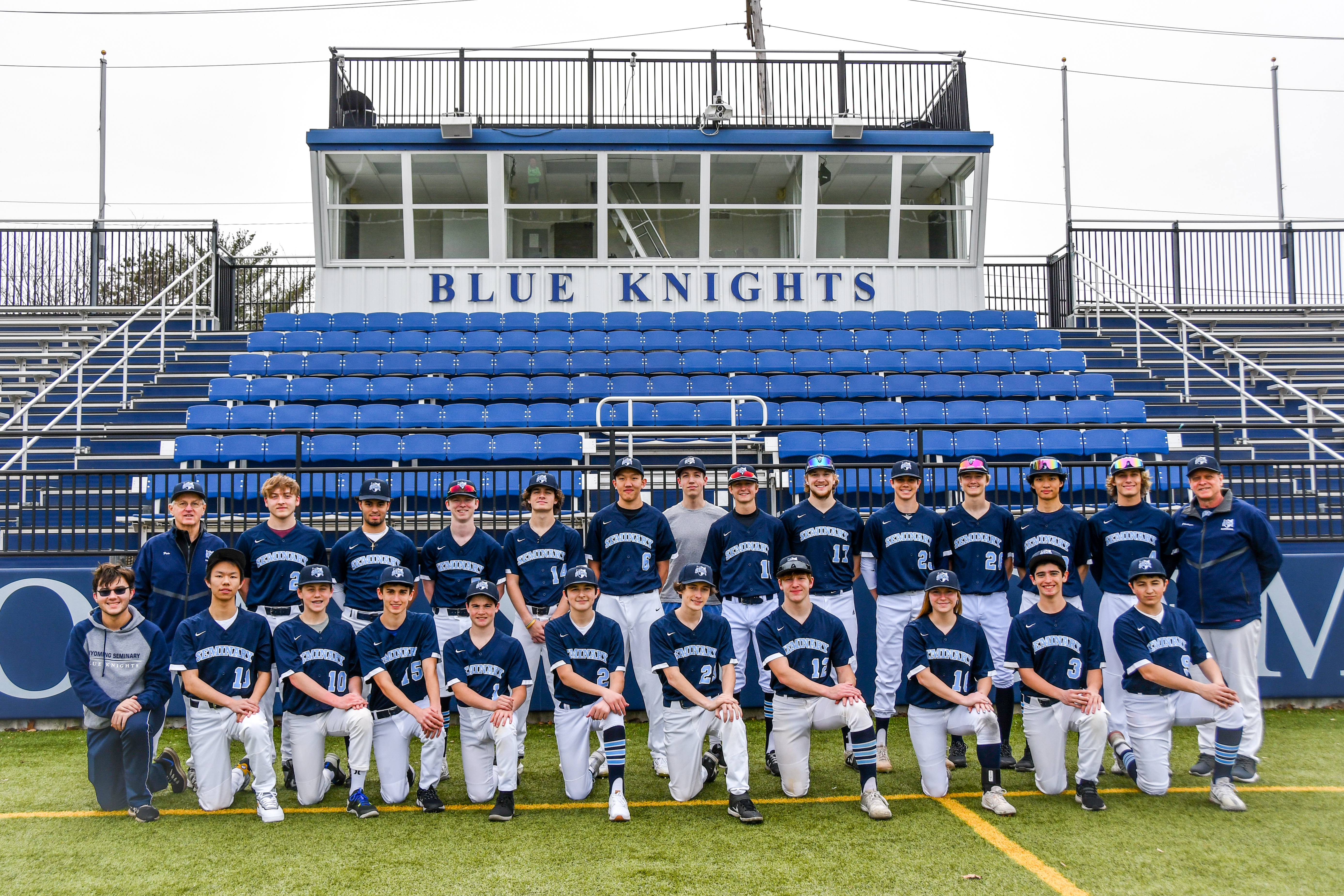 The baseball field is an extension of the classroom at Wyoming Seminary. Our program concentrates on teaching players the fundamentals, teamwork, discipline and passion for the game underlying any competitive squad. Several Blue Knights have gone on to play collegiate baseball in recent years.

The Blue Knights are a PIAA team competing in division AAA of the Wyoming Valley Conference. We play at Nesbitt Stadium, which was recently renovated and features one of the few turf baseball fields in northeastern Pennsylvania.

Joe Phillips, named head baseball coach in November 2017, has a distinguished record of accomplishments in athletics at both the high school and college level.

Phillips, who served as an assistant coach at Sem during the spring 2017 season, coached t-ball, minors, majors, teeners and American Legion teams in the Back Mountain baseball program. During his ten-year tenure at Back Mountain, he served as the All-Star head coach for five years, leading his Little League, teeners and legion teams to five District 31 championships, Section 5 championships and state playoffs. He also coached the Dallas junior high baseball team for four years, served as the Penn State Wilkes-Barre head baseball coach for one year and served as player/coach for the Hilldale baseball club for 12 years, winning several championships.

An outstanding baseball and basketball player at Coughlin High School and a four-year starter at shortstop for Penn State University, Phillips also played in adult hardball leagues for 20 years. He was inducted into the Plains Sports Hall of Fame in 1995 in recognition of his accomplishments in baseball, basketball and football.