More recently, Sem enjoyed a dominant four-year span that saw the Blue Knights win four consecutive Wyoming Valley Conference divisional championships in 2018, 2019, 2020 and 2021. That four-year stretch was highlighted by back-to-back District 2 Class 3A championships in 2018 and 2019. Sem advanced to the second round of the PIAA state playoffs in both seasons.

While Wyoming Seminary's boys basketball team plays a competitive schedule that enables student-athletes to improve their on-court abilities, the school's college preparatory curriculum prepares students for the academic rigors of college. Student-athletes are expected to work hard on and off the court, as well as handle themselves with dignity at all times, two core values of the boys basketball program. 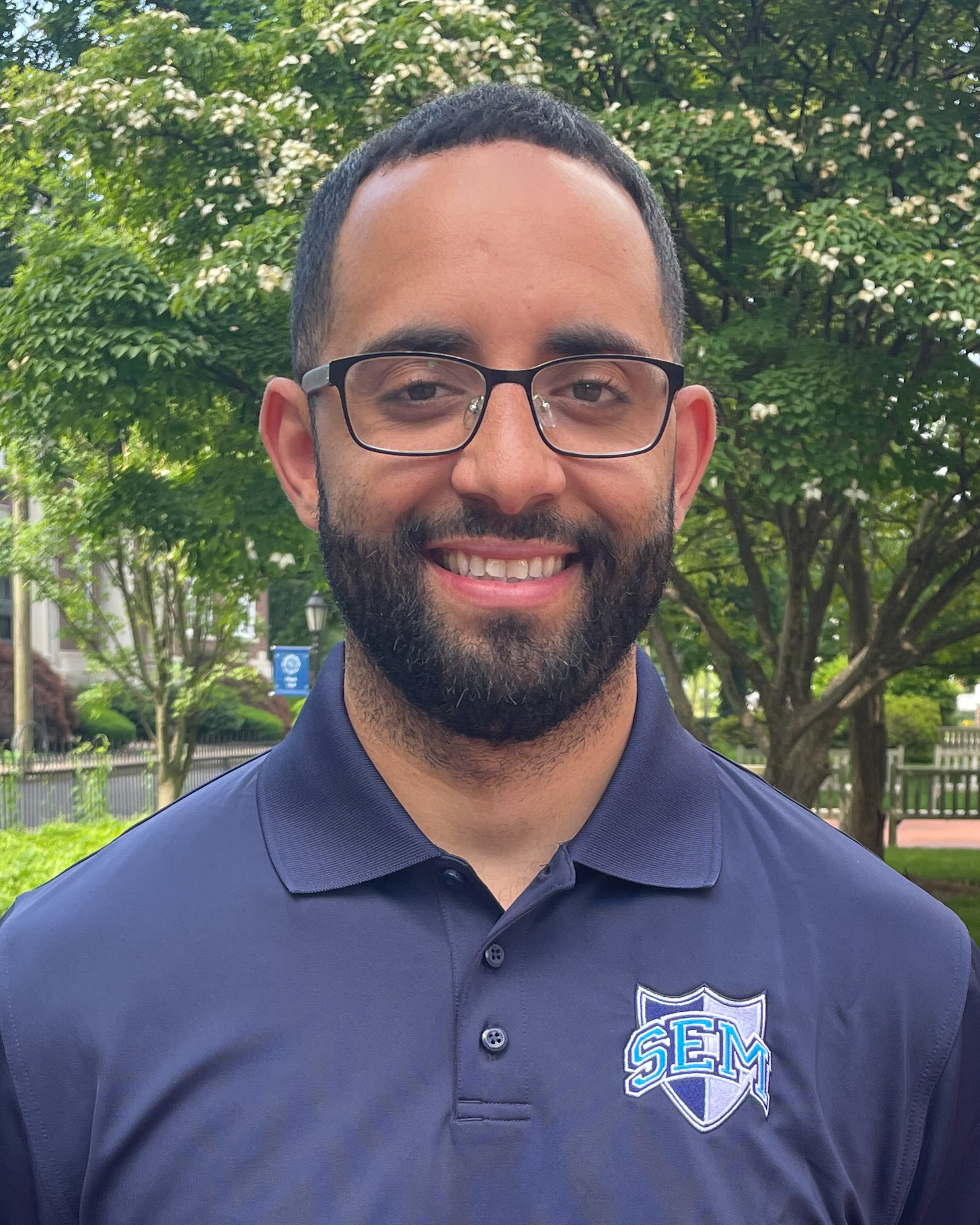 Carlos Rivas — Head Coach
A native of nearby Hazleton, Pennsylvania, Carlos Rivas is the head coach of Wyoming Seminary's boys basketball program. The 2022-23 season will be his first at the helm of Sem.
Rivas previously coached basketball at his alma mater, Hazleton Area High School, where he played basketball, baseball and was a member of the school's FBLA program. He attended Luzerne County Community College.
Rivas coached both basketball and volleyball at Hazleton Area, joining the programs as an assistant in 2015 and 2016, respectively.
Rivas remained on the Hazleton Area boys basketball coaching staff until 2020, serving as head coach of the junior varsity and assistant coach of the varsity team. The Cougars' varsity team was among the most successful in the Wyoming Valley Conference during that five-year span, winning three consecutive District 2 Class 6A championships from 2017-19. The Cougars in 2018 had one of the greatest seasons in program history, advancing to the PIAA state semifinals.
Rivas coached junior high boys basketball for two seasons at Freeland Elementary/Middle School.
Coach Rivas could be reached via email at crivas@wyomingseminary.org.