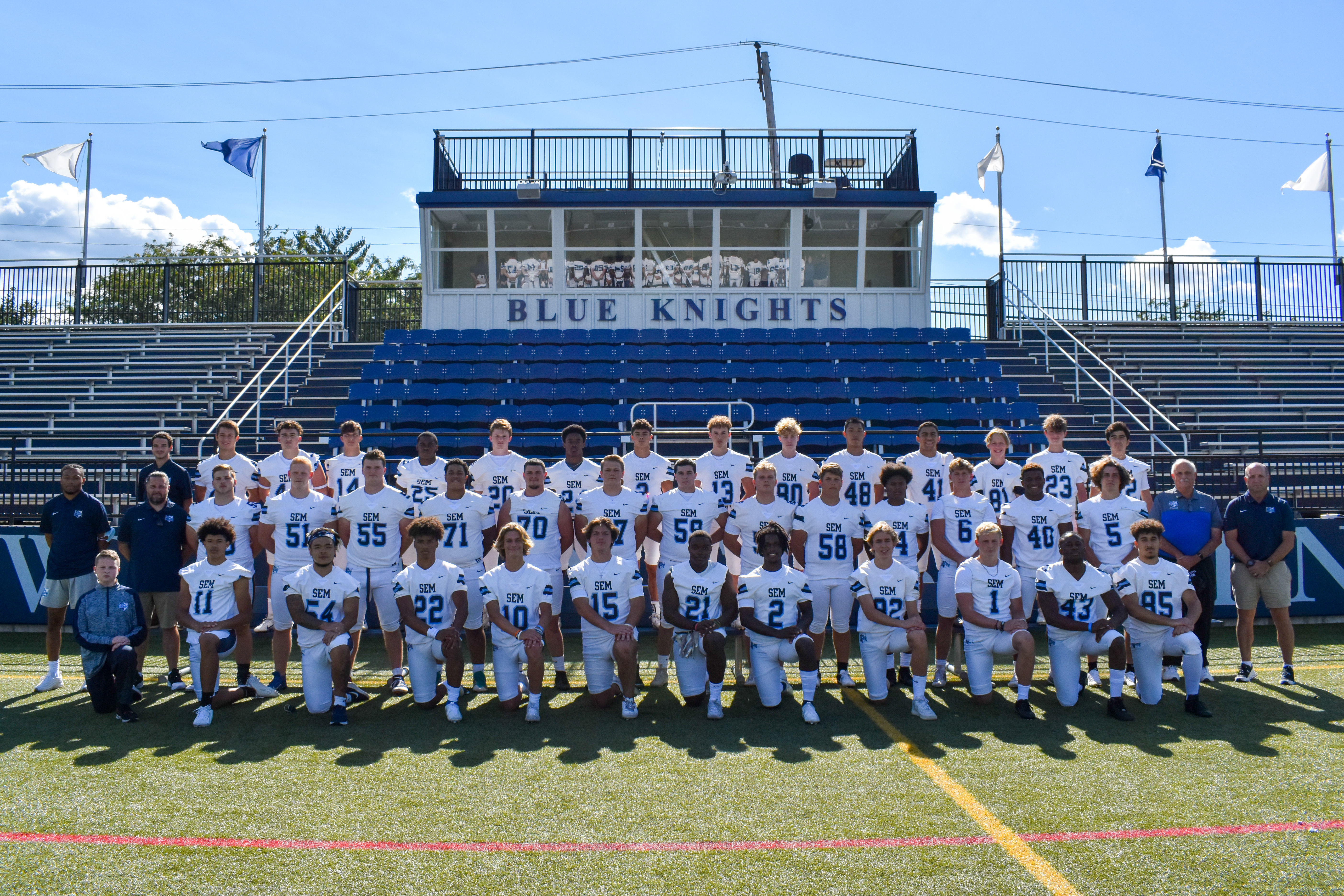 Football has been part of the Wyoming Seminary community for at least 130 years. From its inception, the football program has been a defining aspect of the school, helping Sem build a distinguished reputation for academic and athletic excellence among fellow prep schools as well as colleges and universities. Many Sem football players have gone on to successful college football careers and have advanced to play in the professional leagues or coach nationally at recognized university and professional programs.

Whether you are a beginner, experienced veteran, or a post-graduate, there is a place for you in our program. The varsity team has a nine-game independent competitive schedule that follows pre-season camp. There is no need to have had a lifetime of play in order to participate. We are committed to developing a strong program, both during and in the offseason. Our players are committed to excellence in academics, athletics, and enjoy student life in a vibrant community. Our football players work hard on and off the field, play with class and resolve in victory or defeat, and strive to uphold the standards necessary to succeed as a Sem student-athlete. We are focused not just on helping our players become better athletes, but true to our mission, that they become better young men and great community members. 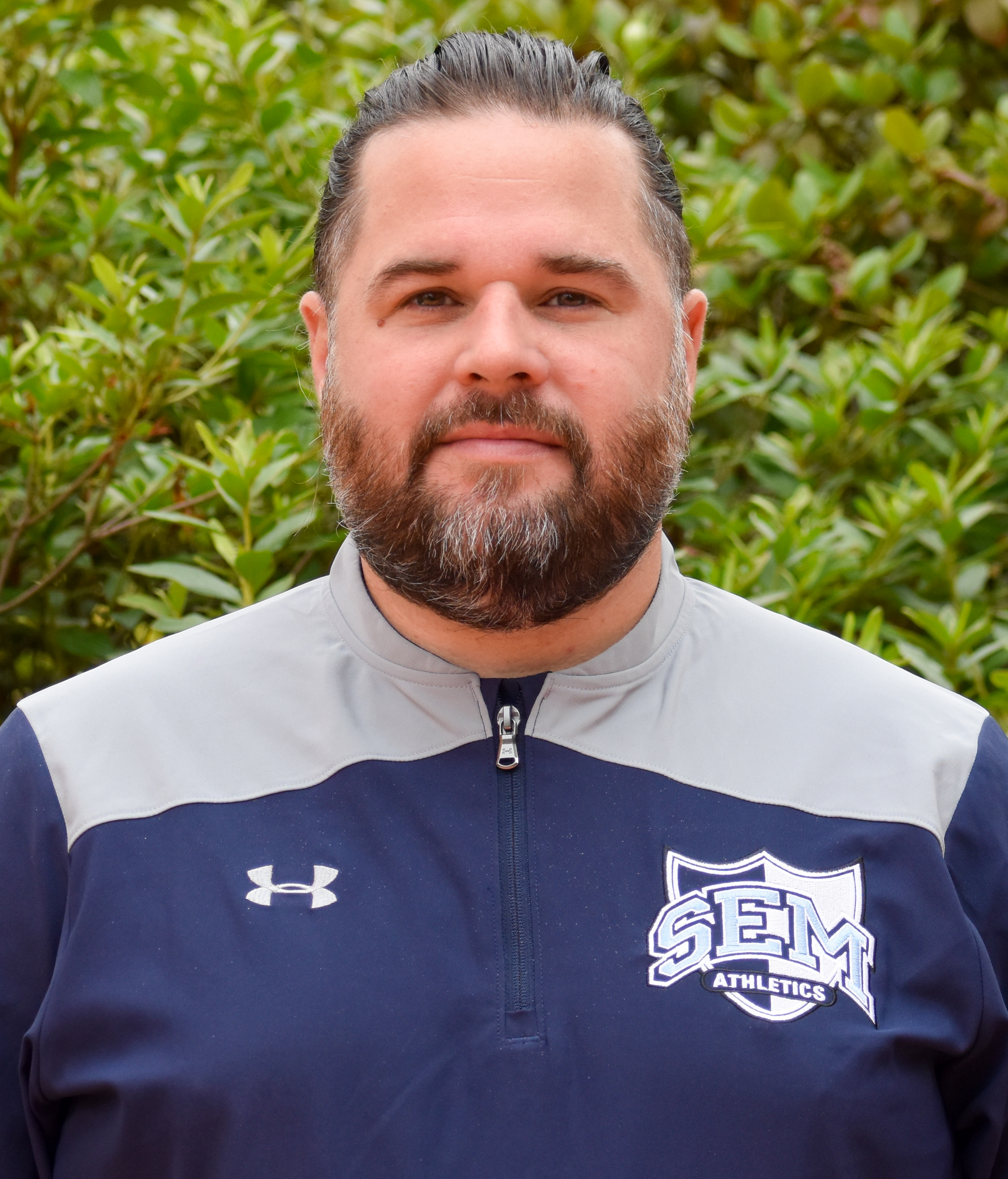 Coach Burke is a 2014 graduate of SUNY Empire State College with a Bachelor of Science degree in Business Administration. He is working to obtain his Masters of Arts in Liberal Studies from Wesleyan University. He is scheduled to receive that degree in August 2021. 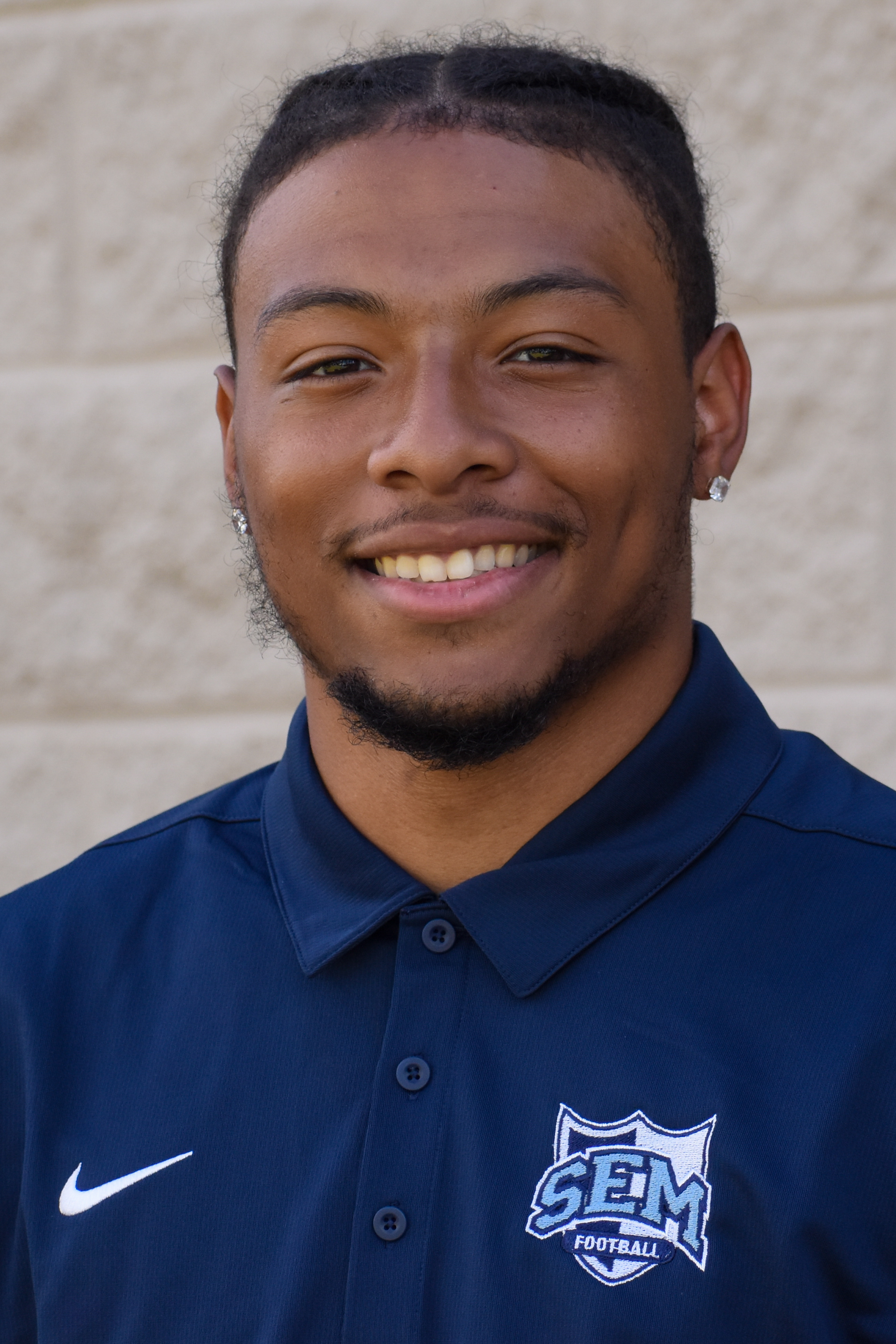 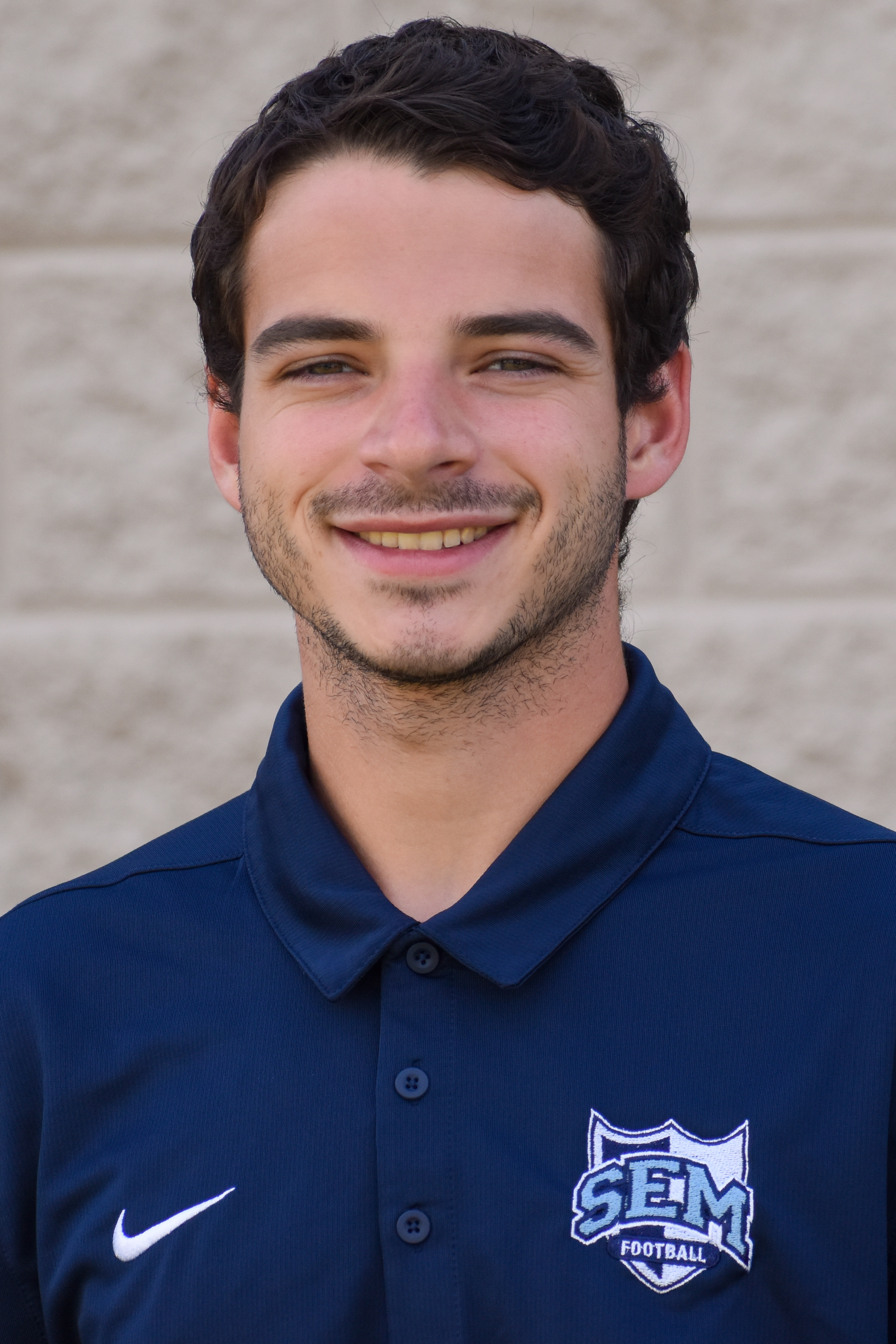 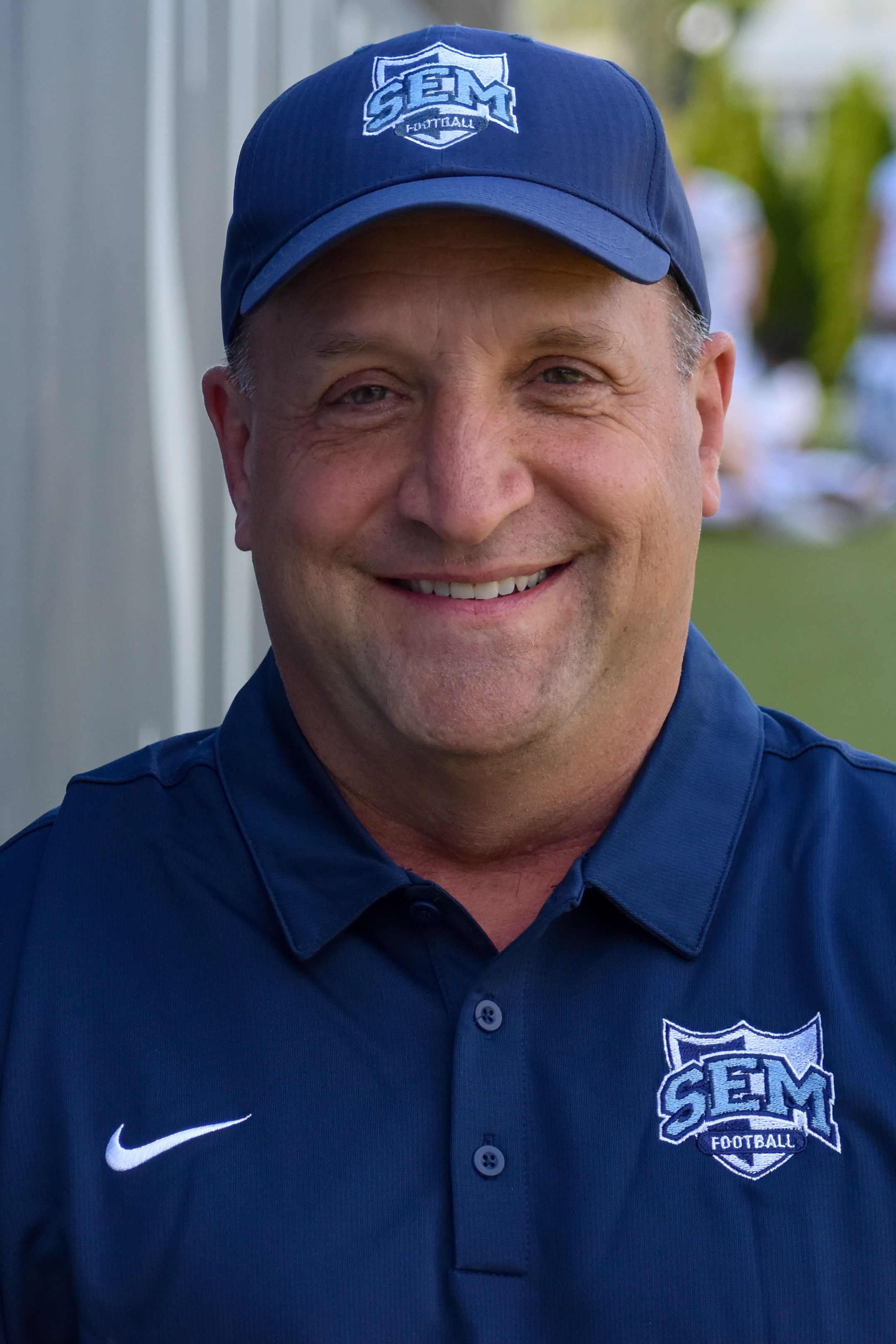 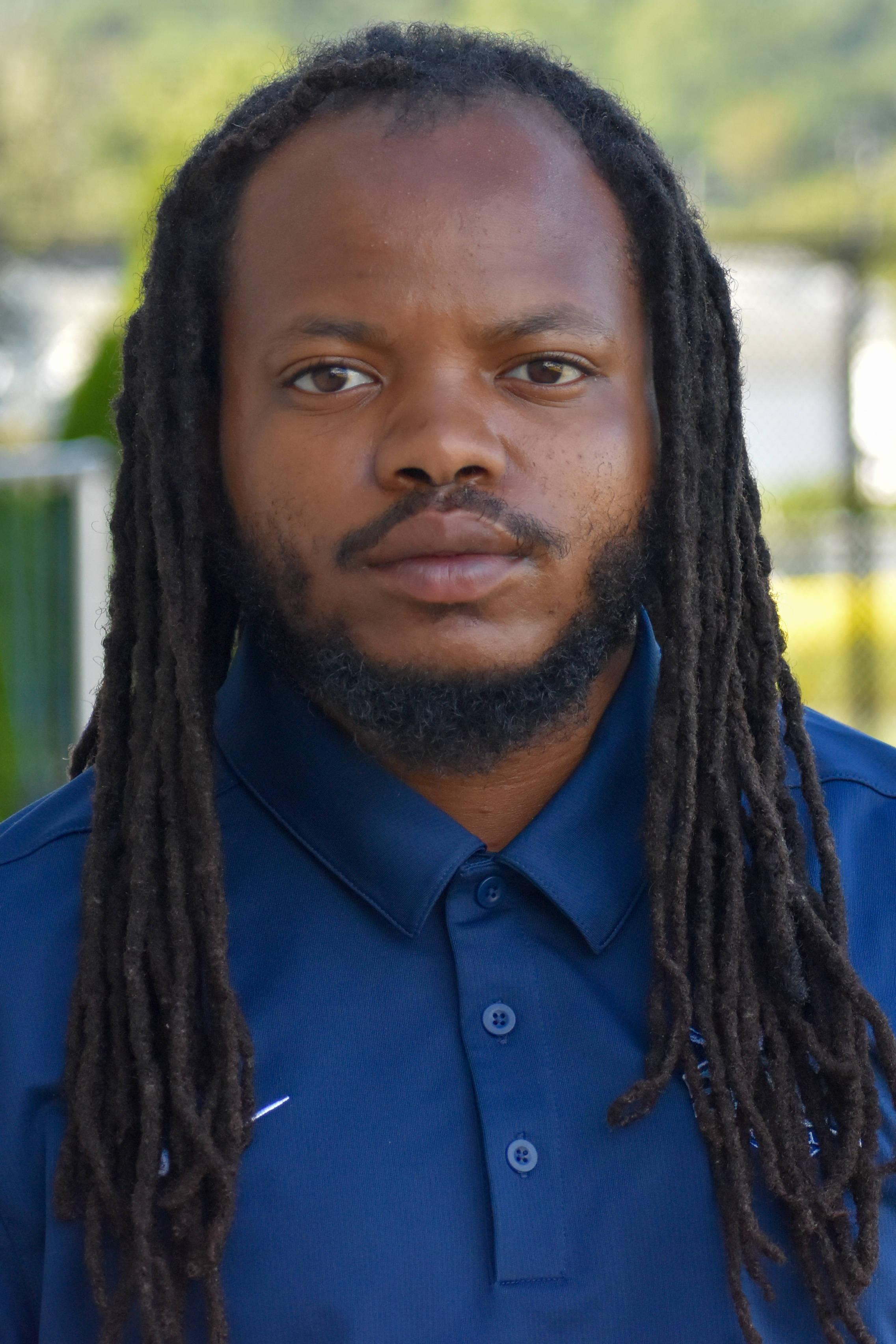 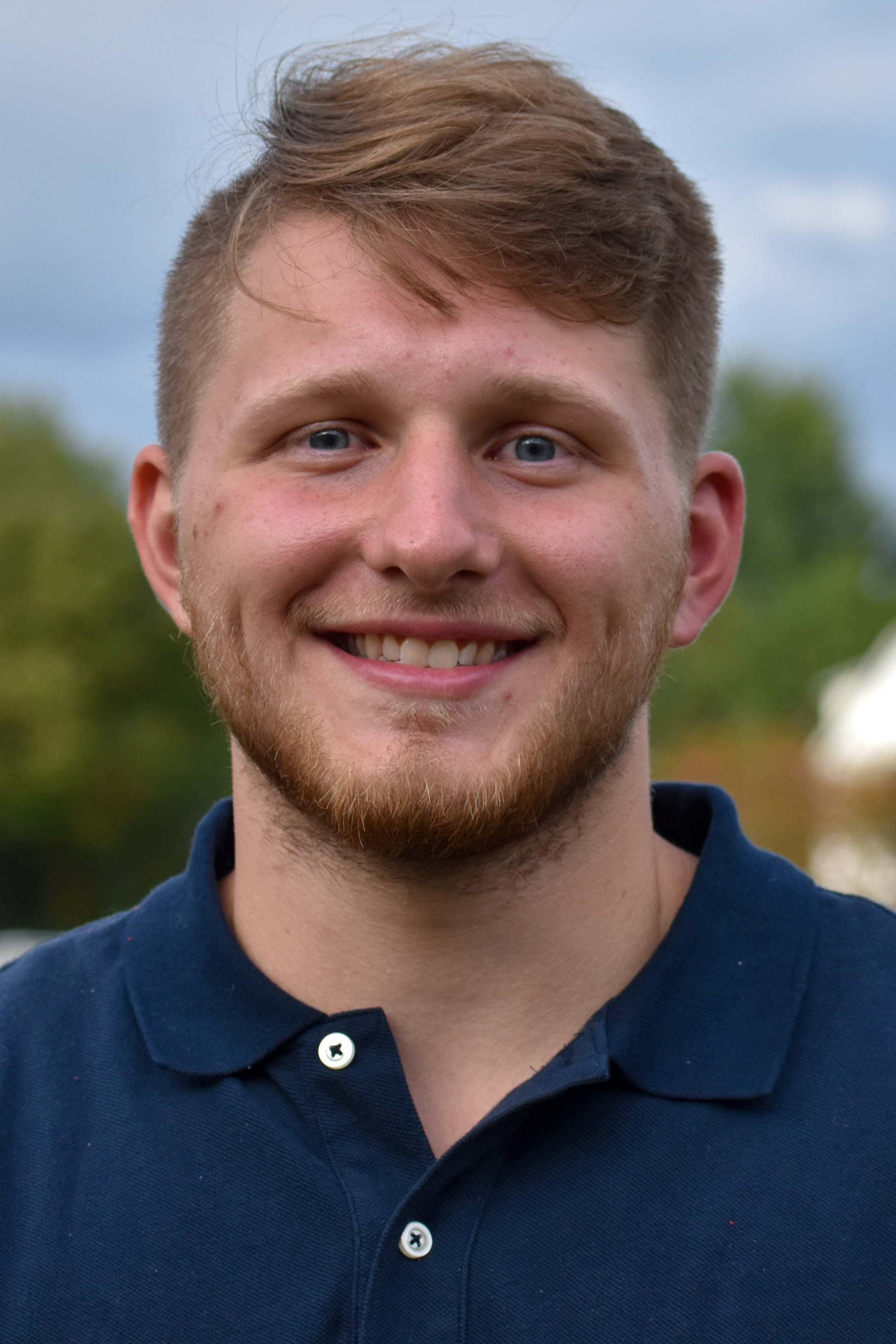 Frank Baur, Class of 1985: A native of nearby Forty Fort, Baur, a quarterback, led Wyoming Seminary to a 6-1 record in 1984. Baur was an All-American at Lafayette College and once graced the cover of Sports Illustrated magazine.

Ron Beagle, Class of 1952: A member of the College Football Hall of Fame, Beagle was one of the top collegiate football players of the 1950s. He was the 1954 recipient of the Maxwell Trophy, awarded to the college football player of the year, while playing end for Navy.

Mike Blandina, Class of 1970: Blandina attended Wyoming Seminary for one season as a postgraduate. He continued his football career at Temple University. In 1973, Blandina recorded six touchdown catches for an Owls team that went 9-1.

Kyree Campbell, Class of 2017: Campbell was evaluated by 247Sports as a three-star recruit at defensive tackle before signing with the Florida Gators. Campbell made 39 tackles and played in all 13 games in 2019 for the Orange Bowl champion Gators.

Ralph Chase, Class of 1921: Chase was captain of the University of Pittsburgh in 1925, the same year he was unanimously selected as an All-American tackle. Chase briefly played in the NFL as a member of the Akron Indians and Hammond Pros.

Gib Cool, Class of 1911: The Cornell University football team of 1915 was nicknamed, “The Big Red Machine,” for its dominance. Cool was the All-American starting center for this team, which went 9-0 and won every game by double-digits.

Tony Couto, Class of 1974: Couto thrived in his one season at Sem and continued his winning ways at Wilkes University. As a senior at Wilkes, Couto, a linebacker, recorded seven sacks, four interceptions and was named the MAC North’s Most Valuable Player.

Joe Donchess, Class of 1926: Donchess is a legendary figure at Wyoming Seminary, where he played three sports. Donchess was an All-American end and played in back-to-back Rose Bowls for the Pitt Panthers. He was inducted into the College Football Hall of Fame in 1979.

Joe Gattuso, Class of 1951: Gattuso’s football career was highlighted by the 1955 Sugar Bowl in New Orleans. A fullback, Gattuso rushed for 111 yards; helped Navy beat Ole Miss, 21-0; and was named the game’s Most Valuable Player.

Jack Harding, Class of 1922: “Spike” was an outstanding quarterback at Sem and Pitt. However, he is perhaps best known for his time at the University of Miami, where he served as head football coach and athletic director. He is a member of the College Football Hall of Fame.

Quentin Harris, Class of 1997: Sem was winless in 1995 but adding Harris, from nearby Wilkes-Barre, proved key, as the Blue Knights went 6-1 in 1996. A defensive back, Harris made 183 tackles and 10 interceptions at Syracuse and then played five seasons in the NFL.

Tim Jordan, Class of 1978: Jordan played one season at Sem as a postgraduate. He continued playing football at Navy as an offensive guard. As a senior, Jordan was one of Navy’s captains and he participated in the Hula Bowl in Hawaii.

Joe Katchik, Class of 1950: Listed at 6-foot-9, Katchik, a defensive tackle, was among the tallest men to ever play professional football. He played part of the 1960 season with the AFL’s New York Titans following his collegiate career at Notre Dame and Dickinson College.

Bill Kern, Class of 1924: Kern was an All-American tackle at Pitt and he played two seasons for the Green Bay Packers, as well. Kern’s post-playing career included two stints as head football coach at West Virginia, compiling a 24-23-1 record.

Tom McHale, Class of 1982: McHale’s collegiate career began at Maryland and ended at Cornell. He graduated from Cornell as the program’s single season and career sacks record-holder. McHale played nine seasons in the NFL as an offensive lineman.

Fred Reitzel, Class of 1977: Reitzel was a key figure in Sem’s undefeated 1976 season and he continued his career at Navy. After playing defensive back in 1978 and 1979, Reitzel was Navy’s starting quarterback in 1980, throwing seven touchdowns and rushing for eight more.

Irvin “Bo” Roberson, Class of 1954: Arguably the greatest all-around athlete to attend Sem, Roberson was an Olympic silver medalist in the long jump. Roberson graduated from Cornell and scored 18 touchdowns in the pros with Buffalo, Miami, San Diego and Oakland.

Marvin Russell, Class of 1973: Injuries thwarted Russell’s lone season at Sem, but he still rushed for 305 yards and three touchdowns in two games. Russell played football at Notre Dame and was a linebacker for the 1973 national champions.

Andy Salata, Class of 1924: Salata was a letter-winner in baseball and basketball at Sem, as well as playing offense and defense for the football team. He then played offensive line at Pitt and helped the Panthers win a pair of national championships.

Vinnie Sites, Class of 1932: Sites arrived at Wyoming Seminary by way of St. John’s High School in Pittston and had a stellar run as an end. After playing for Pitt, Sites remained in the Western Pennsylvania city for two seasons as a member of the NFL’s Pittsburgh Pirates.

George Welsh, Class of 1951: As Navy’s quarterback in 1955, Welsh finished third in Heisman Trophy voting. Welsh spent 28 years as head coach of Navy and Virginia, winning 189 games and earning induction into the College Football Hall of Fame in 2004.

George “Mike” Wilson, Class of 1925: Wilson played halfback for Wyoming Seminary and continued at that position at Lafayette. He led the nation with 20 touchdowns runs during the Leopards’ undefeated 1926 season and is a member of the College Football Hall of Fame.

Please note this is not a complete list, but a mere snapshot, of the outstanding players who have contributed to the rich history of Wyoming Seminary's football program. Email Matt Bufano, communications and marketing associate, with suggestions at mbufano@wyomingseminary.org.