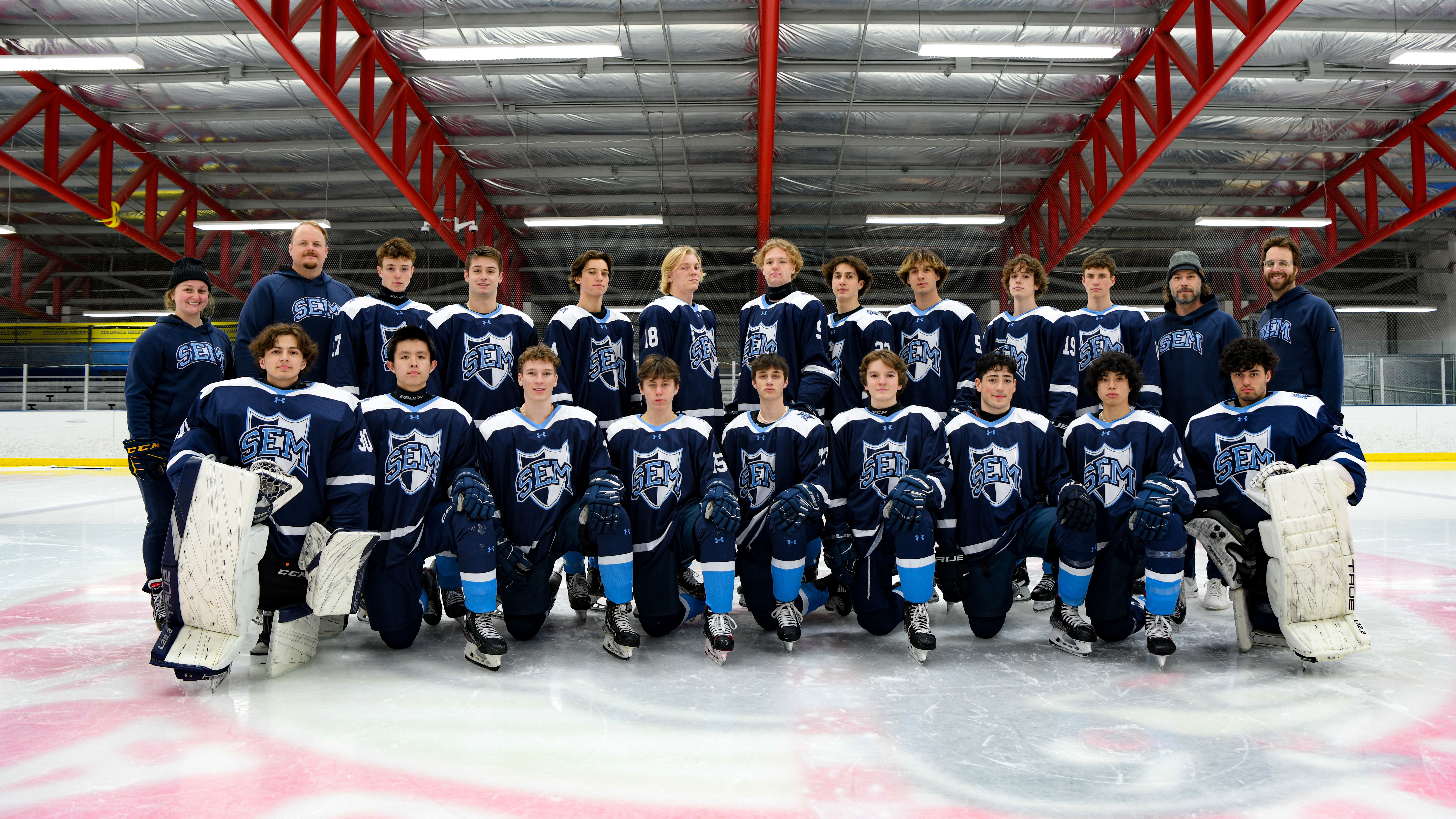 Wyoming Seminary's hockey program is an associate member of the New England Preparatory School Athletic Council (NEPSAC). The team is now a proud member of the Midwest Prep Hockey League (MPHL), along with Gilmore Academy, Lake Forest Academy, Shady Side Academy, St. Francis Prep, Upper Canada College, Bishop’s College School, Rice Memorial, Ridley College and Rothesay Netherwood School. The program is dedicated to developing student-athletes to their full potential, on the ice and in the classroom. Designed around the academic calendar, Sem’s hockey schedule exposes our student-athletes to the best competition while maintaining the academic integrity of the school.

Dennis Packard ‘00 played for the U.S. National Team Development Program during his senior year before matriculating to Harvard University. Packard was drafted by the Boston Bruins in 2001 and went on to play over 300 games as a professional, primarily in the AHL, before retiring in 2010. Arpad Mihaly ‘01, a former member of the Romanian National Team alongside fellow Sem alumnus Zoltan Pal ‘99, has played over 1,000 games as a professional across numerous leagues in North America and Europe.