Wyoming Seminary’s girls lacrosse team is the premiere girls lacrosse program in northeastern Pennsylvania. In our inaugural season as a member of the Pennsylvania Interscholastic Athletic Association (PIAA), the Blue Knights won the District II Championship and captured the title again in 2012, 2013, and 2014. The Blue Knights went onto play in the PIAA State Tournament all four seasons and in 2013, then played in the quarterfinal round of the tournament.

The Blue Knights compete in District II within the PIAA. We play local teams as well as teams from the Allentown area and a number of schools throughout Pennsylvania, New Jersey, and New York. Each season, our schedule is competitive and diverse so we reach our goal of becoming an elite program in Pennsylvania and surrounding states.

Many of Sem’s lacrosse players are multi-sport athletes and their experiences with other Sem programs make the spring season a fun and competitive one. Lacrosse is a sport that will push and challenge you, enhance your self-confidence and leadership skills, and allow you to develop strong friendships with teammates and coaches alike.

All home games are played at Klassner Field, a state-of-the-art NeXturf facility, located on Sem's campus. 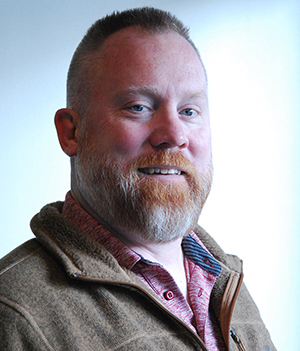 Coach Brooks brings extensive coaching experience to the Sem program. He most recently served as assistant women’s lacrosse coach and recruiting coordinator at Wilkes University, as well as the operations administrator for Dukes Lacrosse/LAX EVO in Downingtown, Pa.

Coach Brooks also served as head coach for the Polish Women’s National Team from 2011 to 2012 before taking over head coaching duties at Marywood University (2008-2012) and Elizabethtown College (2012-2013). He also has extensive assistant coaching and international coaching experience.

Coach Brooks lives in Scranton and is employed by Allied Services Integrated Health Systems as a program manager.