The Wyoming Seminary Board of Trustees recently announced that two members of the Upper School faculty have been named recipients of two endowed chairs.

Garcia joined Sem in 2018 as a member of the science faculty and is now chair of the Upper School science department. She also serves as the co-head of Swetland Hall and as faculty sponsor of the Health Occupations Student Association. She also coached girls basketball for two years at Sem and served as the Summer at Sem activities director. Prior to joining Sem she worked as an agricultural research analyst for seven years in Wray, Colorado and taught at Morgan Community College there. She also taught science in the Yuma, Colorado middle and high schools and coached basketball and track and field there. She holds a bachelor of science degree in biology from the University of Southern Maine and a master of arts degree in education from Marywood University.

Kersey joined Sem in 2002 and teaches history and social science elective courses as well as AP U.S. Government and AP Economics courses. He has served as a Sem class dean and led the varsity boys basketball team as head coach for 16 years. He also has coached cross country and has coached girls basketball and boys basketball at the Lower School for two years. Prior to joining Sem he taught history and social sciences at the Culver Academies in Culver, Indiana for eight years. He holds a bachelor of arts degree in political science from Dickinson University and a master of arts degree in education with a concentration in history from Wilkes University.

Seen following the awarding of the Sem endowed chairs are, from left: Rachel Garcia, recipient of the Joseph Donchess Chair in Science; and Christopher J. Kersey '90, recipient of the Captain Allan P. Slaff Chair in American History and American Military History. 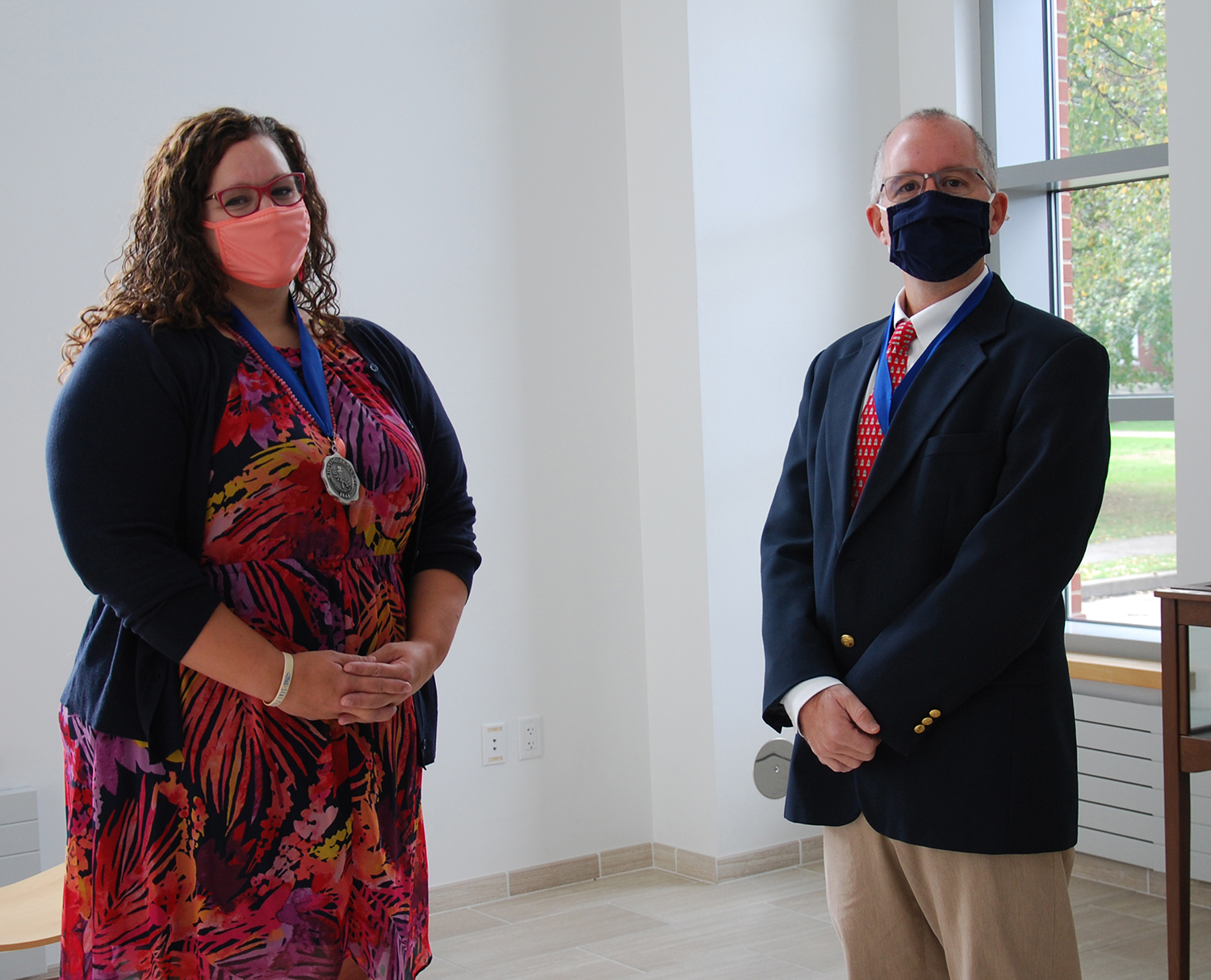